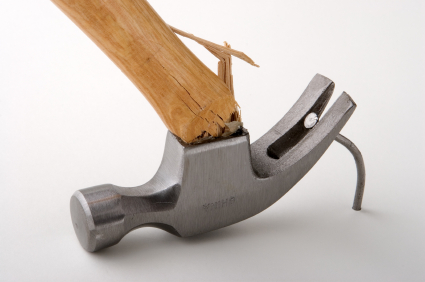 If you’re like most people, you probably can’t resist a great deal. That orange cashmere sweater definitely has more appeal at 75 percent off than at full price, and the temptation to extend your vacation is much higher when extra nights are half off.

While these uncertain economic times have us looking for bargains in more facets of our lives, one area where you simply can’t afford to skimp is in selecting a contractor to renovate or repair your home.

“It’s not your lucky day when a contractor shows up on your doorstep offering a too-good-to-be-true deal on a project.” said Steve Cole, former president and CEO of the Council of Better Business Bureaus in a warning to homeowners. “The salesperson may claim he has materials left over from a recent job at your neighbor’s house or the ‘house down the street.’ This is a common ploy of fly-by-night contractors who are based out-of-state and use their pick-up trucks as their place of business.”

Complaints against incompetent contractors are among the most common received by the BBB and range from poor workmanship and incomplete job performance to actual home foreclosures. Not to mention the nightmare scenario of uninsured workers and the workman’s comp claims that can arise from that.

While you may not entrust a major renovation to someone who shows up on your doorstep, you may give in to temptation for a supposedly small repair. That’s a bad idea, because minor repairs can have major ramifications. Repairing a door jamb without properly installing flashing, for example, can lead to water damage in the decking below, in the adjoining wall, and to the siding covering that wall. It also can create an ideal environment for insect infestation, which will lead to additional damage years from now. A qualified professional, in contrast, will do the job correctly the first time and is capable of dealing with whatever he encounters – saving you much more money in the long run.

Other questionable bargains may come from friends or relatives. Your unemployed neighbor who dabbles in deck repair might look like a great deal until you notice an unexpected slope to your decking. Another case that comes to mind is an area couple whose father flew in from out of state to do their wiring. Unfortunately, much of his work was not up to local code, and it had to be ripped out and redone before their project could be completed.

The bottom line is that while it’s easy to be emotionally blinded by a good deal, you need to look at exactly what you’re getting – and the long-term reliability and stability of the company you’re getting it from – for that bargain price. There’s nothing worse than paying for the same repair twice, unless it’s paying twice and then paying for the additional damage caused by that poor repair.

As Cole notes: “There are thousands of reputable contractors who will deliver quality work, on time and within budget. Consumers can avoid costly mistakes and scams by doing some research before opening their wallets.”